My favorite movie of all time is “You’ve Got Mail.” If you’ve never seen it, it’s about two people who meet online and fall in love. They don’t know each other, or so it seems. What the male character (played by Tom Hanks) soon discovers, is that the woman he has an ongoing rivalry with (played by Meg Ryan) is the woman he has been communicating with online. The entire movie she has no idea that the man she has been talking with online is the person she wants to hate more than anyone in her real life. 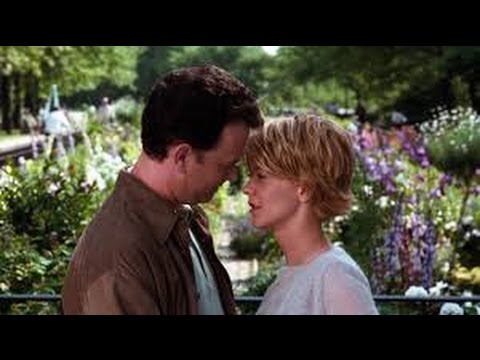 Maybe my romantic notion – likely derived from watching this movie obsessively many times is why I joined the world of online dating the other day. The dating site ad showed up again in my Facebook news feed and instead of ignoring it like I always do, I thought to myself “why not?” Maybe it was a sign.

I’m pretty sure I was actually  having a moment of insanity. There is no other logical explanation for it.

After my divorce six years ago some friends tried to set me up with men they thought would be a good fit for me, and , I was just not ready to date.  I did date one person that very few people I know actually knew about.  He is a nice guy but ultimately we decided it would be better if we were friends. Aside from him, I have not been out on any dates at all in a very long time.

The last time I was actively looking for someone (which actually in my adult years is never…), or at least single,  the internet wasn’t a thing so neither was online dating. I’m still not sure about it, but many people I know (including my ex-husband), have successfully found their partner online.  If he can find someone online, surely I can, too….right?

Which is how I got to the point of hitting the “subscribe” button.

First site I try:  Match.com. Like every other site you can sign up for free. However, if someone messages you, you can’t reply unless you have a paid membership. I see some guys that seem interesting so I pay for a three month membership.  I start getting a decent amount of messages from people like this:

The next site I check out is  Zoosk. Even though my daughter cautions me against joining this site (it’s where her dad found his current girlfriend) I check the site out anyways. Plus, it’s free to join. I create a profile and get a lot of messages from many different guys, but to view them, you have to pay for a membership. Since I already have one dating site membership, I delete my profile and move on.

I then move on to E-Harmony, the site created by Dr. Phil. I know someone who met their husband on this site. It seems extremely comprehensive, so I go through the thousands of questions before I realize that not only do I dislike answering a thousand questions, but also, I’m not going to pay their expensive membership fees. I move on.

Next I try Plenty of Fish. This is apparently the most popular dating site. They also claim to be completely free. Again, I know someone who met their husband on this site, so it could work. I create a profile, do the relationship needs assessment, and activate my profile. I get a lot of messages from the following types of people:

Later in the day I read an article about a man who met a lovely woman on plenty of fish and then was later shot and killed to death by her. After finding more similar articles, including a single mother who met a guy on POF and was found in pieces in a dumpster…I delete my profile completely. I’d prefer to stay in one piece. Not only that,  if you want to use certain features of the site you actually have to pay, so it’s not necessarily totally free.

I then move on to a site called “single parents meet.” Out of all the sites that I’ve checked out, this one seems the most promising. Plus single parents are pretty cool.  Immediately I get a lot of messages from people, and although it is free to join, it requires you to have a paid membership to read those messages. Luckily it turns out you can pay for one month and then quit when you change your mind. After I pay I read my messages and this is what I find:

After all of this my daughter reminds me that there are apps, too, for dating. Dating on the go! I look for dating apps in the google play store, install 2, and find the following:

Then today I get a call from a local dating service. The lady I speak with tells me that 90% of all dating website users misrepresent themselves. Their company does full background checks so you don’t need to worry about getting involved with a criminal. This sounds all great and I set up a meeting only to later find out that the service costs $5000. Not only do I not have $5000 floating around but, I also don’t need to spend that kind of money on someone who might like to take pictures with big fish. I cancel the appointment.

I still haven’t decided whether or not I will find I like it or even go on an actual date. But the nice thing about dating as an “older” person is that I can and will be a little picky. I have my life and there are no time clocks ticking. If the right guy happens to come along, great. He’d have to get clearance from my children and the FBI (again, I like being in one piece), and then we could go from there. If that never happens, I will still be completely okay.

Oh, and if he does get clearance to date me, he’d better not be holding a big fish.

Coffee...with a cup of chaos

Information about the autism spectrum from autistic people

Convincingly Chaotic
The Art of Blogging